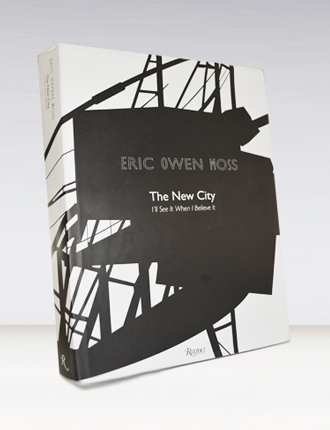 Written by Eric Owen Moss, Contribution by Frank Gehry, Jeff Kipnis, Thom Mayne and Michael Sorkin. A much-anticipated look at one of the most dramatic and exciting urban transformations in America.

This oversize, profusely illustrated book tells the story of the more than twenty-five-year history of cutting-edge architect Eric Moss’s transformation of a once blighted warehouse district on the edge of Los Angeles—the Hayden Tract in Culver City. With stunning and dramatic interventions, more than fifty of the old buildings now host such forward-looking, avant-garde high-tech and graphic design companies as Nike, Converse, AOL, Ogilvy International, Go Daddy, and Kodak.

The buildings have names like Beehive, Stealth, Slash and Backslash, and Pterodactyl, and the district has become a favorite for firms involved in the film industry.

The book will have great appeal to city and urban planners, developers involved in urban restoration and renewal, young architects and students, and anyone interested in advanced civic design.